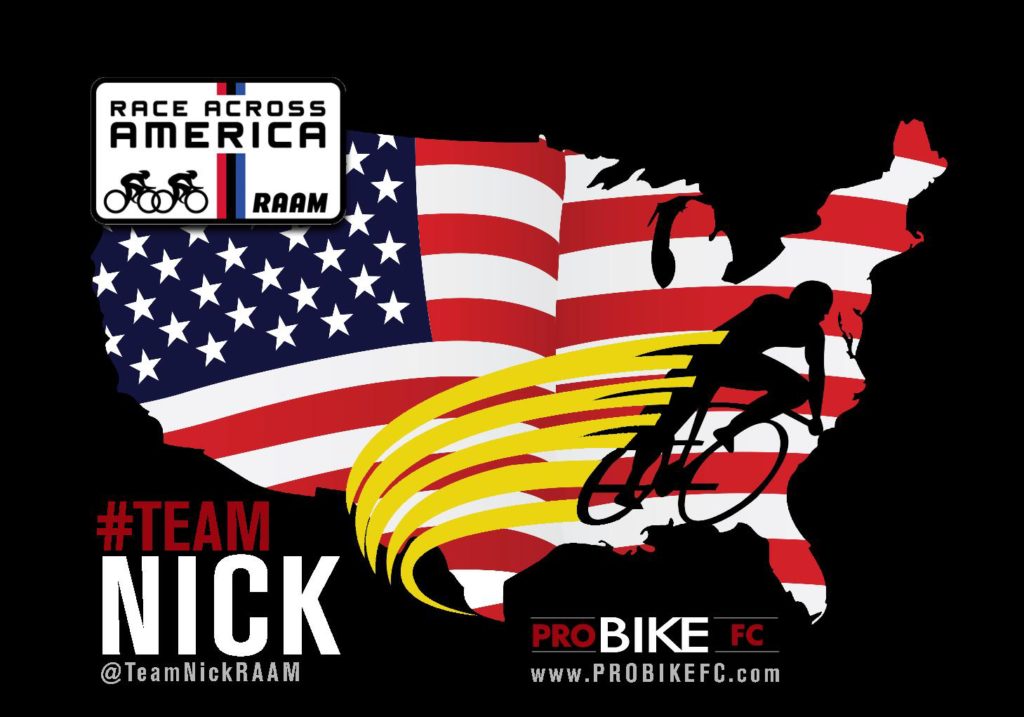 On June 12, 2018, Nick Clark will ride his bike over 3,000 miles from Oceanside, California to Annapolis, Maryland as a solo rider in the Race Across America (RAAM). Nick’s aim is to finish the RAAM to:

RAAM is a race, but unlike the three great European Grand Tours (Tour de France, Vuelta a Espana and Giro de Italia), RAAM is not a stage race. RAAM is one continual stage, once the clock starts it does not stop until the finish line! RAAM is 30% longer than the Tour de France, yet racers must complete the distance in roughly half the time and without rest days. Nick will race approximately 400-500 miles a day, which averages about 20-21 hours every 24 hours; braving the desert, plains and mountain terrain and weather.