Last night, we went to Chick-fil-A Super Hero night to support 4-year-old Luca. Luca was “diagnosed in April with Diffuse Intrinsic Pontine Glioma (DPIG), has been fighting his own superhero battle against a brain cancer that fewer than 1% of children survive.” (INSIDENOVA). His mom would bring him to CFA for waffle fries after his radiation treatments. We are so grateful to be able to meet and give him some gifts. Since he loves Super Heroes and CFA, we hooked him up with a Spiderman blanket & bath towel, Avengers stickers,  and Chick-fil-a gift cards. We love when the local community comes out to support a little hero of their own. So many families dressed up. The local police and fire department stopped by along with numerous cool cars and super heroes. Chick-fil-A Fair Lakes (VA) really went above and beyond for Luca and his family. This was an amazing night of people doing something good! 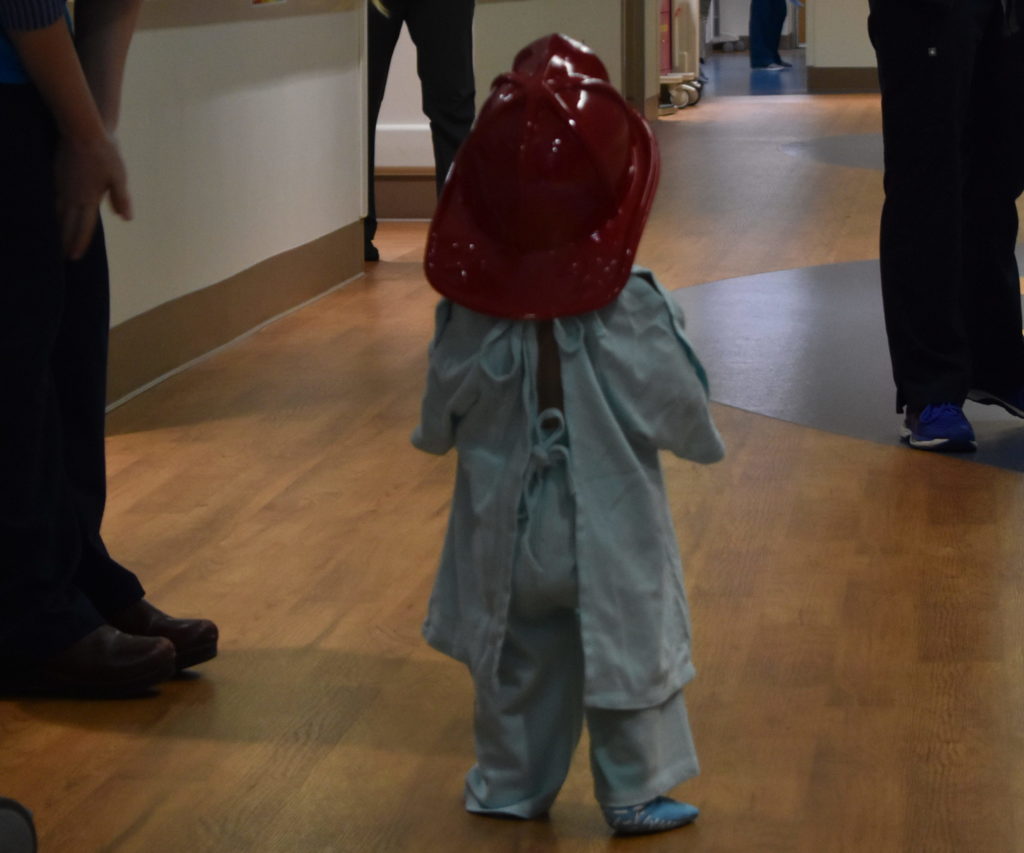